On Friday 17 January, Highsted Grammar School was honoured to have Dr Shola Mos-Shogbamimu come and address our Sixth Form.

Dr Shola is a lawyer, political and women’s rights activist as well as founder of the Women in Leadership publication. As a woman who unapologetically stands up for what she believes in, the Head Girl Team, believe her to be a role model of significant value. We hoped her visit would motivate the Sixth Form to be as passionate and determined as her and it most certainly did not disappoint. 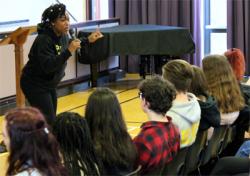 Dr Shola discussed ideas surrounding achieving your potential, and how education plays a pivotal role in this, in addition to other values such as determination. As an academic enthusiast, Shola has an Executive MBA (Cambridge); PhD (Birkbeck); LLM (London School of Economics & Political Science); MA (Westminster) and LLB Hons (Buckingham University) so displayed a clear message to our students that there is no limit to what you can achieve in your studies if you work hard at it.

Shola teaches intersectional feminism to female refugees and asylum seekers as well as co-organising women's marches and social campaigns. She is a true figure to admire. 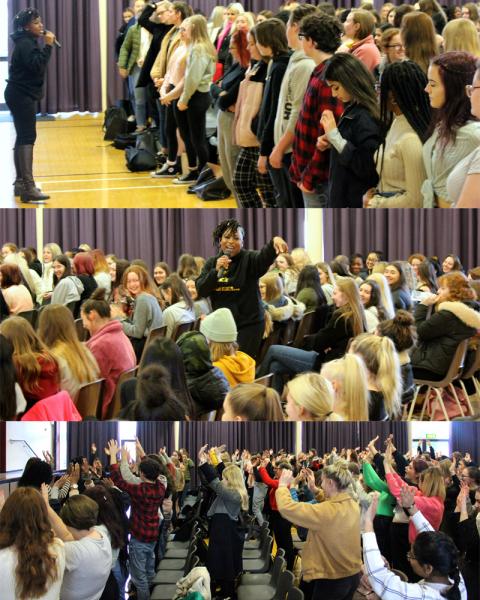